Leading as a Man of Peace

Solomon Iron Nation was the son of the Chief of the entire band of  the Brule Tetons before the Brule split into two distinct groups (The Lower Brule and the Upper Brule). Episcopal missionaries most likely gave him the name Solomon to reinforce his future as a strong and peaceful leader. As a young man Solomon’s sister was killed by four raiders from a rival warring tribe. He tracked the villains down to a night camp on the Missouri River near the North Dakota border and avenged his sister’s tragic death. This brave act led to the Lower Brule tribe selecting him as their Head Chief after his father had died. Despite this violent beginning, Chief Iron Nation went on to become known as a man of peace.

Chief Iron Nation led the Lower Brule Sioux during one of the most unstable periods in Native American history. With white settlers and the American government closing in on the Native Americans many celebrated Sioux chieftains such as Crazy Horse of the Oglala Lakota and Sitting Bull of the Hunkpapa who fought back.

However Chief Solomon Iron Nation chose to peacefully embrace the changes. Through signing treaties with the U.S. government and coming to agreements with the white settlers Iron Nation was able to preserve his tribe and protect them from danger and conflicts. The choice to work with the U.S. government was a very polarizing decision as to some it felt like he was betraying his culture while to others they just saw a chief trying to save his people in a rapidly changing world.

“Scant Attention to Those Who Sought Peace”

“When historians are writing about the Indians and making the movies, they glorify those chiefs who went to war – Crazy Horse, Red Cloud, all those guys, they became glorified in history and the movies. There is scant attention to those who sought peace,” said Stephen Byrnes, great-great grandson of Iron Nation.

Byrnes continued, “Iron Nation, or Ma-Zu-Oya-Te, signed some important treaties of the era with the U.S. government, including one in 1865, that established the first Lower Brule Reservation; and the 1868 Ft. Laramie Treaty that established the great Sioux Reservation.”  But Byrnes, an enrolled member of the Lower Brule Tribe, stated “this history is important to everyone because of how Iron Nation bridged the 19th Century.  He lived in a very interesting time in Dakota Territory.”  Byrnes concluded, “Things were changing and he didn’t resist that change. Iron Nation represents a pivot point in the phasing from one culture to another.”

Iron Nation never took up arms against the U.S. government. He saw no future in it and only more death and hardship for his people in resistance. He was faced with difficult choices – fight the government and lose eventually or make peace, even if the circumstances of that peace were not ideal. He chose peace. 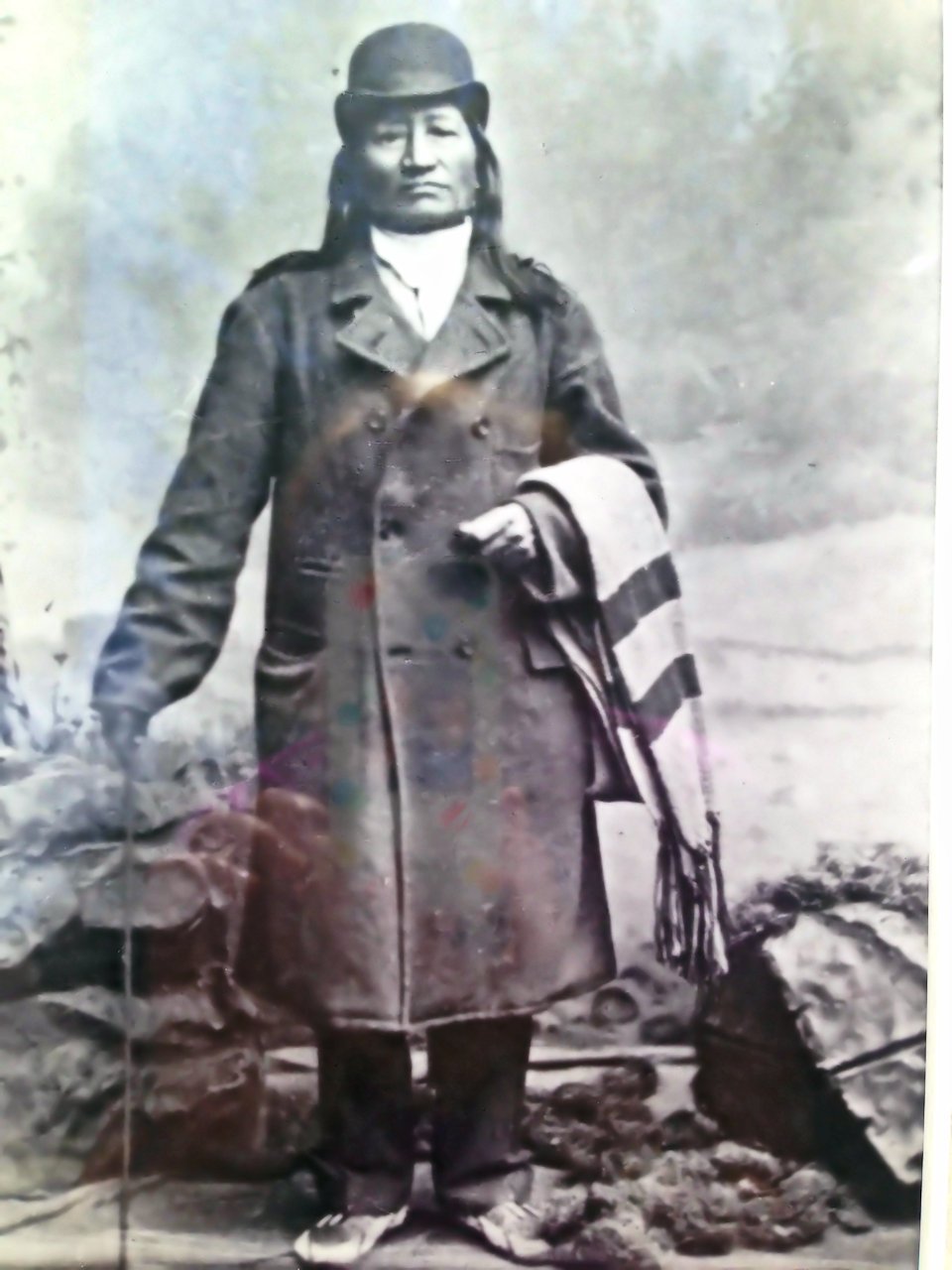