The Sioux were a tribe of Native Americans who inhabited the Great Plains region in North America. The first mention of the Sioux in history is in A.D. 1640 when Jean Nicolet found some of them living among the Winnebagos.

The Great Sioux Nation was essentially comprised of three divisions, one of which was Teton (Lakota). The word “Sioux” was given by the French while the Indians named themselves the Dakota meaning “friend” or “ally”. The Teton division outnumbered all other bands of the Sioux combined. Tetons were comprised of seven tribes, one of which was Brule (French for ‘Burnt Thigh”). The Brules (Sicangu) separated into two groups – the Lowland people (Kul Wicasa) along the Missouri and White Rivers, and the Highland people (Heyata Wicasa) near the Black Hills.

The Sioux were the main fighting force during the American Indian War with leaders like Sitting Bull, Red Cloud, Crazy Horse, and Chief Gall who all fought in the Battle of Little Bighorn. The final battle was the Battle Wounded Knee which resulted in the deaths of hundreds of Sioux and their defeat meant they would be forced onto reservations. 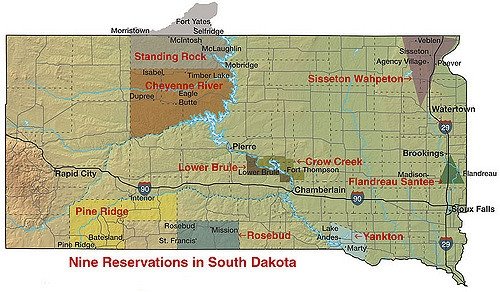 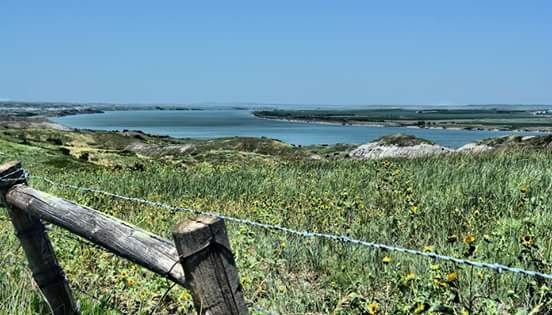 The Missouri River flows directly behind the Iron Nation historic site and the Messiah Episcopal church on the Lower Brule Reservation in South Dakota.

Where Were the Lower Brule Sioux?

Though historical sources tell of the Sioux living in the Mille Lacs area of Minnesota in about A.D. 1650 to 1700, the Teton, or western Sioux, were moving west by about 1700 toward what is now South Dakota. The Teton were the largest band of the Sioux nation and the Brule was the biggest of seven subgroups of the Teton. The Brule occupied the areas around the Missouri River which included Wyoming, Nebraska, and both North Dakota and South Dakota. The Brule eventually split in two, the Upper and the Lower Brule, the latter being the band for which Iron Nation eventually became chief.

They lived by hunting buffalo and began to hunt from horseback as soon as they domesticated the horse. Teton depictions of historical events on animals hide record Brule bands living in the White River area as early as 1794. The Lower Brule linguistically refer to themselves as Kul Wicasa, which translates as ‘people farther down the river’.

The Lower Brule Indian Reservation is a present-day indian reservation that belongs to the Lower Brule Lakota Sioux Tribe.  It is located on the west bank of the Missouri River in Lyman and Stanley counties in central South Dakota.  The “Kul Wicasa” (Lower…man…nation), the Lower Brule Sioux, are members of the Sicangu (Burnt Thigh), one of the bands of the Lakota Tribe.  Tribal headquarters are in Lower Brule, South Dakota.

The Lower Brule Sioux Tribe (Kul Wicasa Oyate) is a sovereign nation defined mostly by U.S. Treaties from 1824 to 1868 that constituted reservation boundaries and sovereignty. The Reservation’s area is comprised of approximately 400 square miles with a population of about 1500 residents.

The name “Brule” comes from the French word “Brule'” (Burnt), the name French fur traders used for the Sicangu in late 17th century.  The Sicangu divided into 2 groups – The Upper and Lower Brule in the18th century.  The Lower Brule favored lands along the Missouri River while the Upper Brule lived further west toward the Black Hills of South Dakota.