In the 1830s, overland wagon trains on the southern edge of the Sioux’s territory were affecting buffalo migrations. Skirmishes between tribes and settlers eventually boiled over, resulting in the Fort Laramie Treaty of 1851 which was meant to establish peace between the Indians and the settlers. The treaty didn’t hold and starting in the 1860s, Chief Iron Nation represented the Sioux in many negotiations. He even traveled to Washington, D.C. in later years when the government wanted to renegotiate past treaty settlements.

Signed at Fort Sully, this treaty established the first Lower Brule Reservation around the mouth of the White River and provided for the protection of Indians on those lands. Among other things, it included payments for agriculture and the construction of schools. Along with Head Chief Iron Nation, other chiefs of the Lower Brule who signed were Medicine Bull, Little Pheasant and Wounded Man. 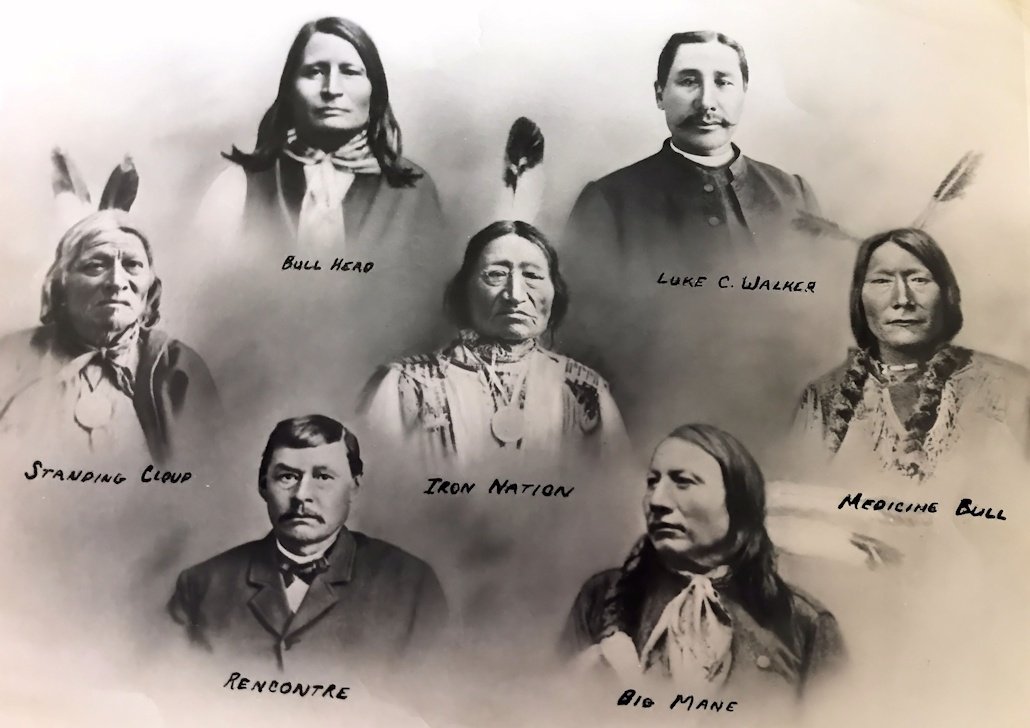 Council of Chiefs for the Lower Brule Nation 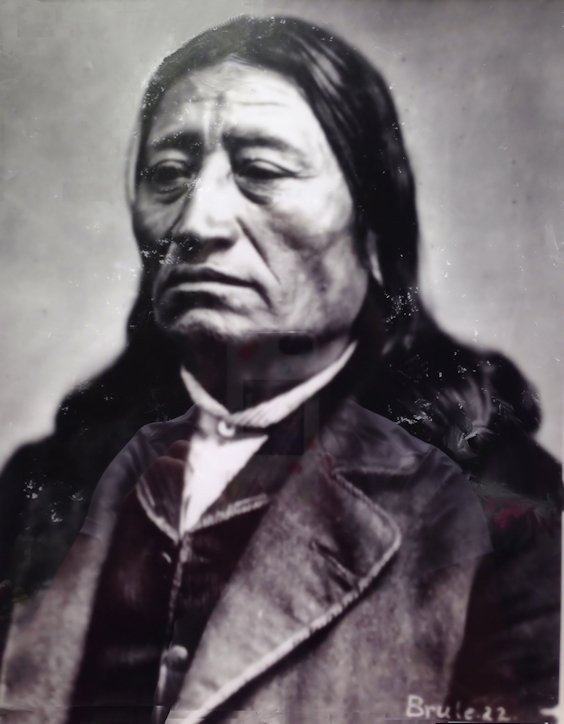 The 1868 treaty created the boundaries of the Great Sioux Reservation, which included the Black Hills. This treaty is what historians say set the framework for the conflicts in the late 19th century. The treaty provided for buildings on reservation and allotments for Indians interested in farming. It also provided for education, rations, equipment and medical services. The tribes were to stop making war and taking captives, were to let the railroads build and let wagons go unhindered.

But the treaty also promised “that the country north of the North Platte River (in Nebraska) and east of the summits of the (Wyoming/Montana) Big Horn Mountains all the way to the Missouri River (in the Dakotas), shall be held and considered to be unceded Indian Territory” where whites were forbidden to settle. To Iron Nation and the Lower Brule, the Black Hills (within this Indian territory) were sacred.

However, the discovery of gold in 1874 changed everything. Miners entered the Black Hills over the next few years as the military was unwilling and unable to keep them out. The U.S. government’s answer was to try and remove the Black Hills from the reservation. The first commission in 1875 offered $6,000,000 for the hills or $400,000 a year for the mining rights. Much to the government’s dismay the offer was rejected. Congress was in an angry mood when they made another offer in 1876 on the heels of Custer’s humiliation. The offer was clear this time – sign the treaty relinquishing the Black Hills or the Secretary of the Interior will withhold what was promised in the 1868 treaty. Iron Nation signed the treaty on October 24th, 1876. His signature along with others, gave the Black Hills to the U.S. government.